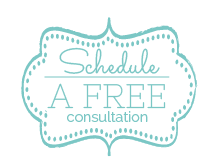 3 Great Reasons To Spend Your Anniversary In Spain

22 Mar 3 Great Reasons To Spend Your Anniversary In Spain

Posted at 10:10h in Anniversary Trips by Lkfrazier
0 shares

If it’s time to plan an anniversary trip to end all anniversary trips, there’s only one word you need to consider: Spain. This European paradise is sometimes overshadowed by the romantic fame of other continental destinations, such as Paris and Rome, but it truly holds its own in the allure department when a few points are considered closely.
With a climate similar to those found in the United States and the United Kingdom, planning a trip here is relatively easy weather-wise, too. Keep in mind that just like the United States, Spain’s weather does vary by region. Warmer destinations are found in the south by the Mediterranean while famous ski resorts lie in the north, especially near the Sierra Nevada mountains.
Climate aside, here are three excellent reasons to put a Spanish vacation on your anniversary to-do list:
• The attractions and geography – From the Sierra Nevada Mountains to its beaches along the Costa del Sol, Spain is a country of diverse and stunning geography. When it comes to romantic settings, Spain can truly hold its own against all rivals. While its stunning geography is reason enough to visit here, the country is also famed for a number of attractions that make visiting here quite memorable. From Madrid’s Royal Palace and the Prado Museum to Barcelona’s Gothic Quarter, there is something worth seeing in just about every destination imaginable.
• The culture – Spain is famed for its hospitable, welcoming culture. People here strive for an easygoing lifestyle, complete with famed afternoon siestas. Whether you stay in a beach resort to take in the sights of Madrid, Barcelona, Granada or Seville, you can count on royal treatment around the clock. While the culture is famed for its lazy days, don’t worry about a lack of nighttime fun either. Spanish nightlife is noted for being quite spirited with bars and nightclubs staying open until the wee hours of the morning.
• The food – If you and your sweetie are foodies – and even if you’re not – the flavors of Spain simply make a trip here worth taking. Food here varies by region, each with its own, distinct flavors, but delectable is a word that fits across the board. From afternoon tapas to famed paella, Spanish cuisine is as lively as the people who make it. What’s more, the wine here is out of this world. The country is especially known for its red varieties.
Planning a Spanish getaway for a big anniversary delivers romance, wonder and the perfect atmosphere for celebration. From its historic cities to its stunning, sunny beaches, the country offers diversity while ensuring that memories made are those meant to last. To find out more about visiting this European gem, be sure to consult with our anniversary trip experts.